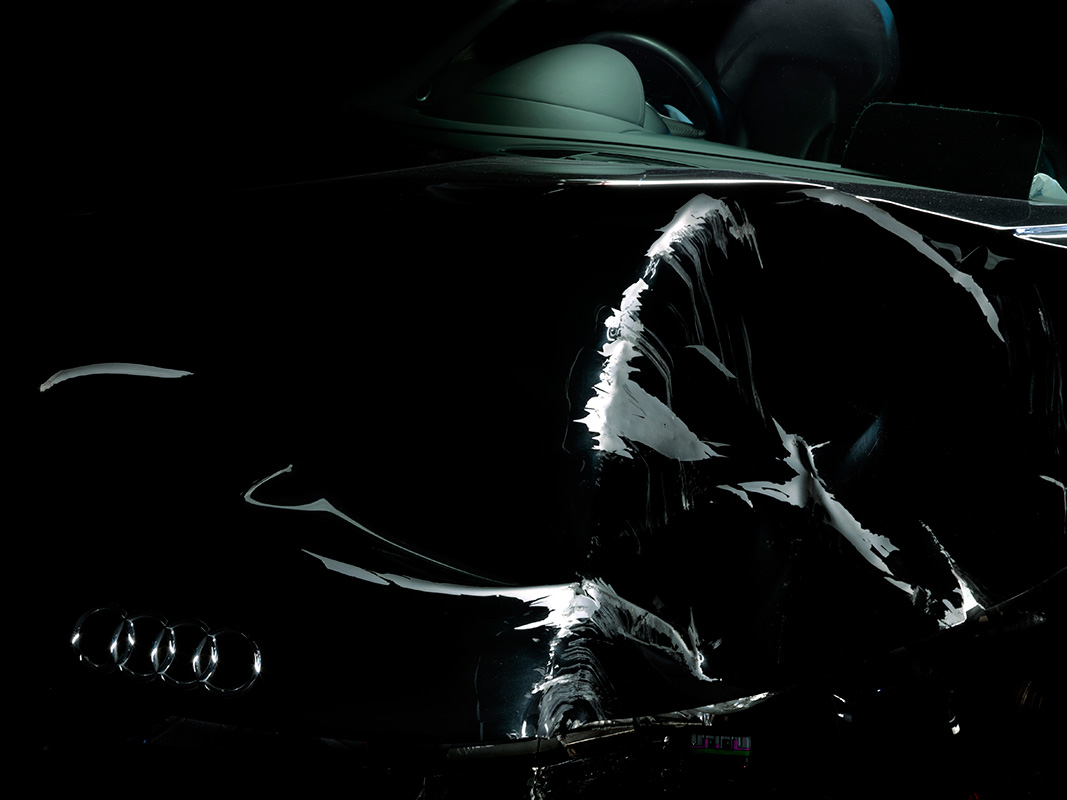 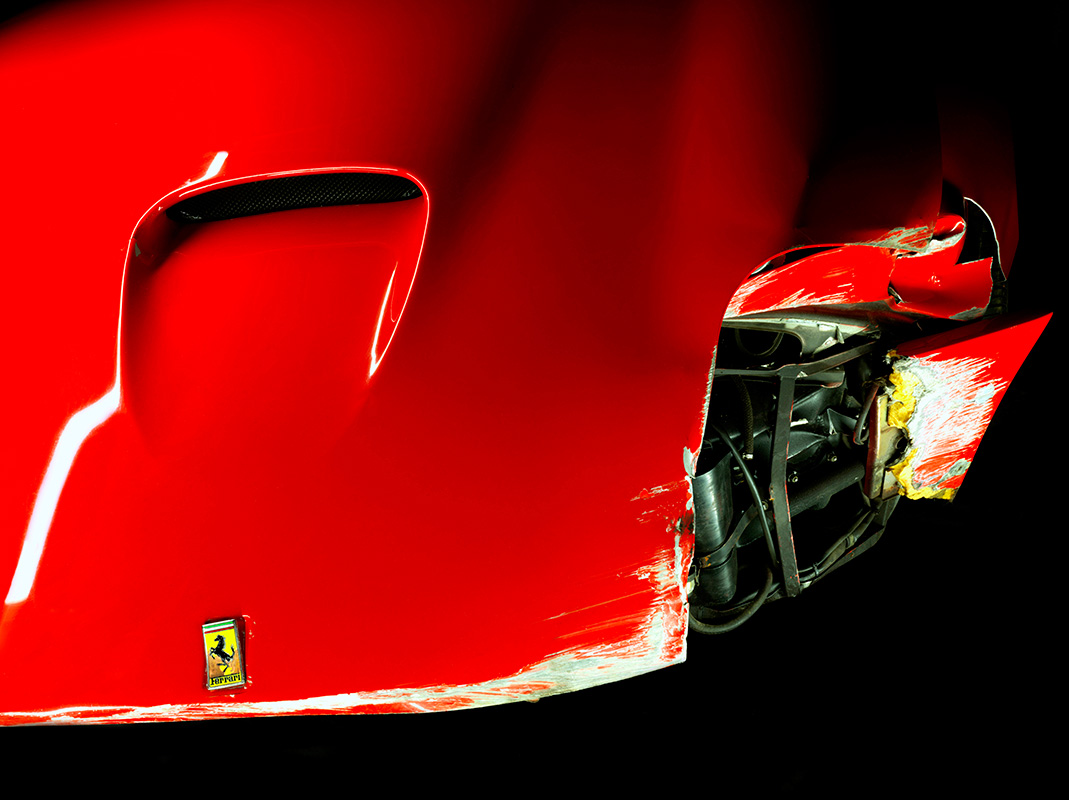 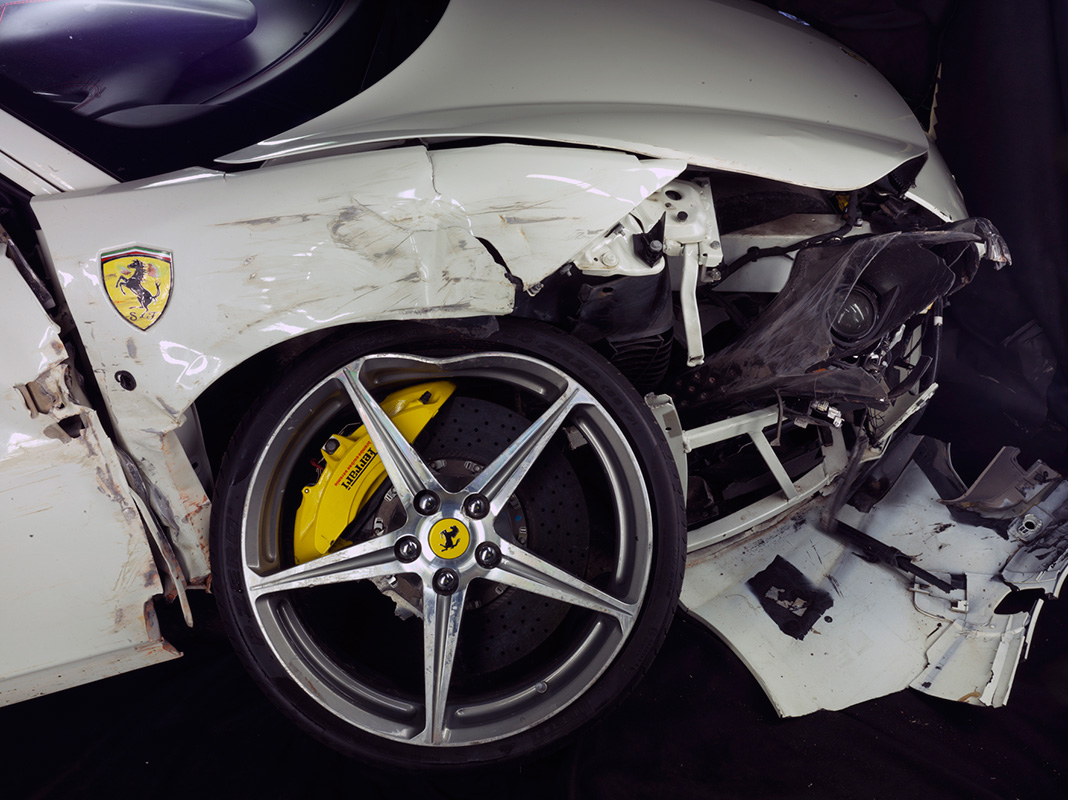 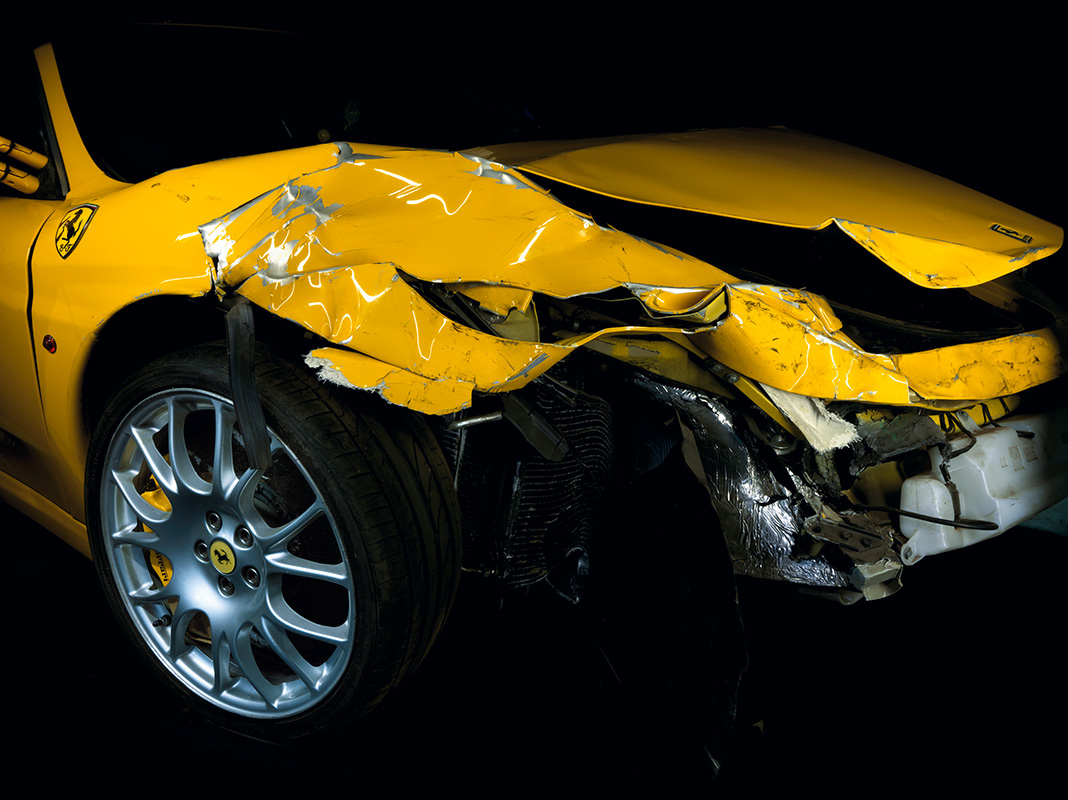 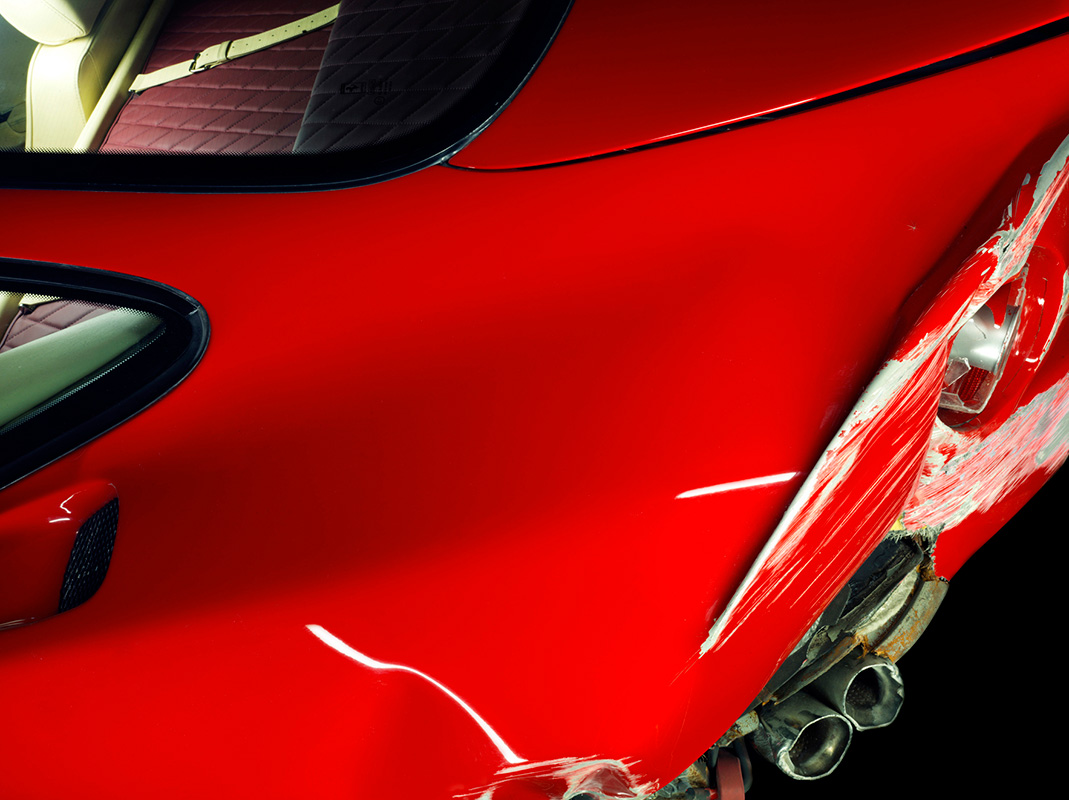 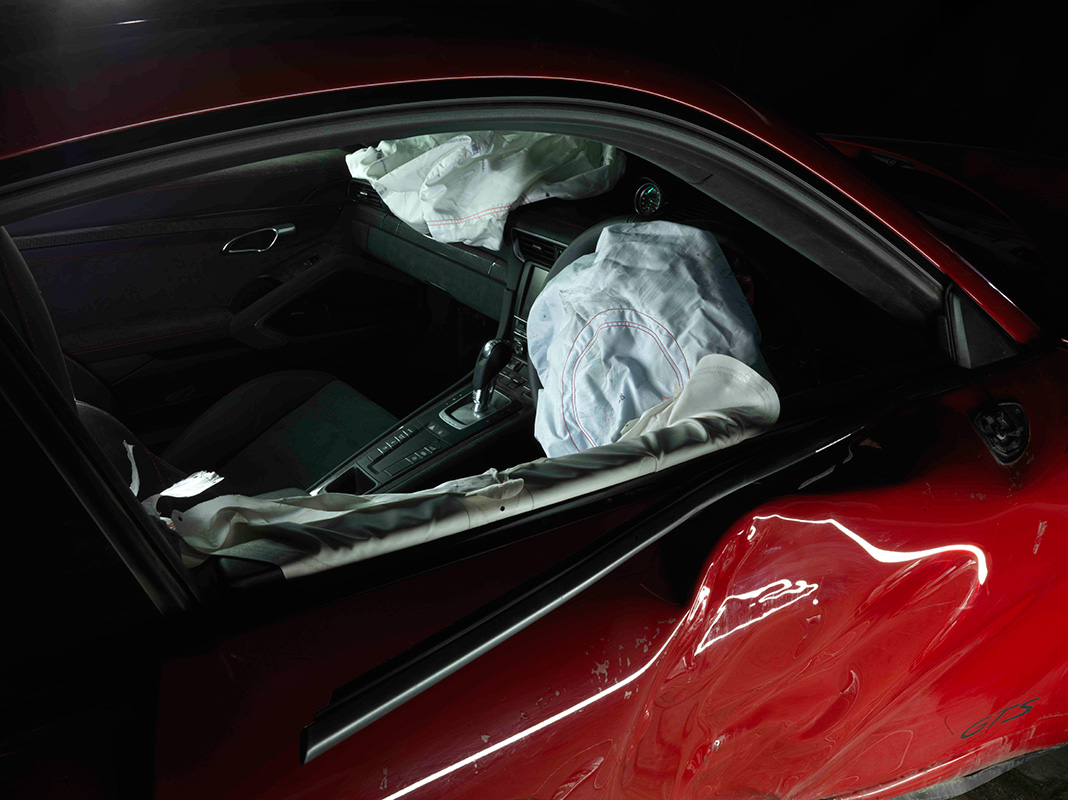 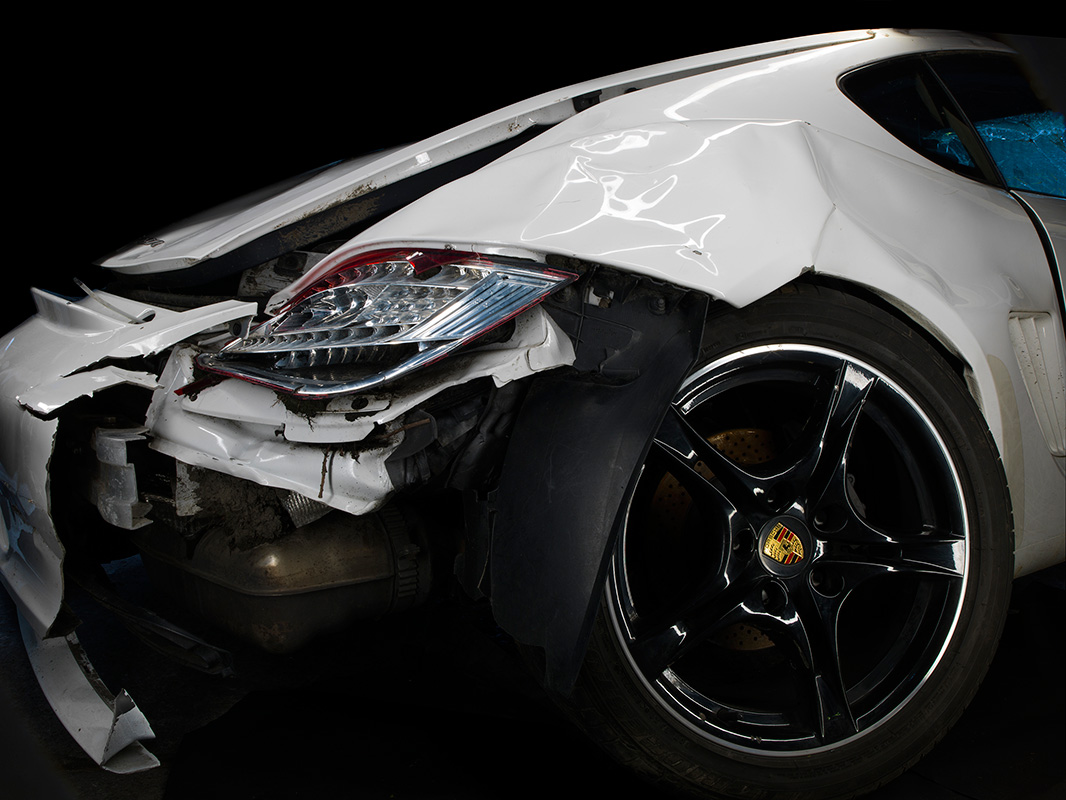 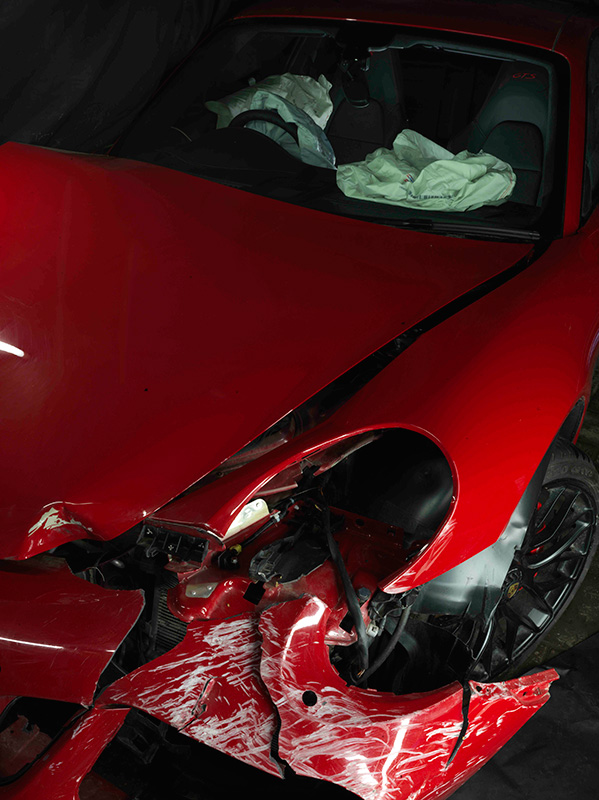 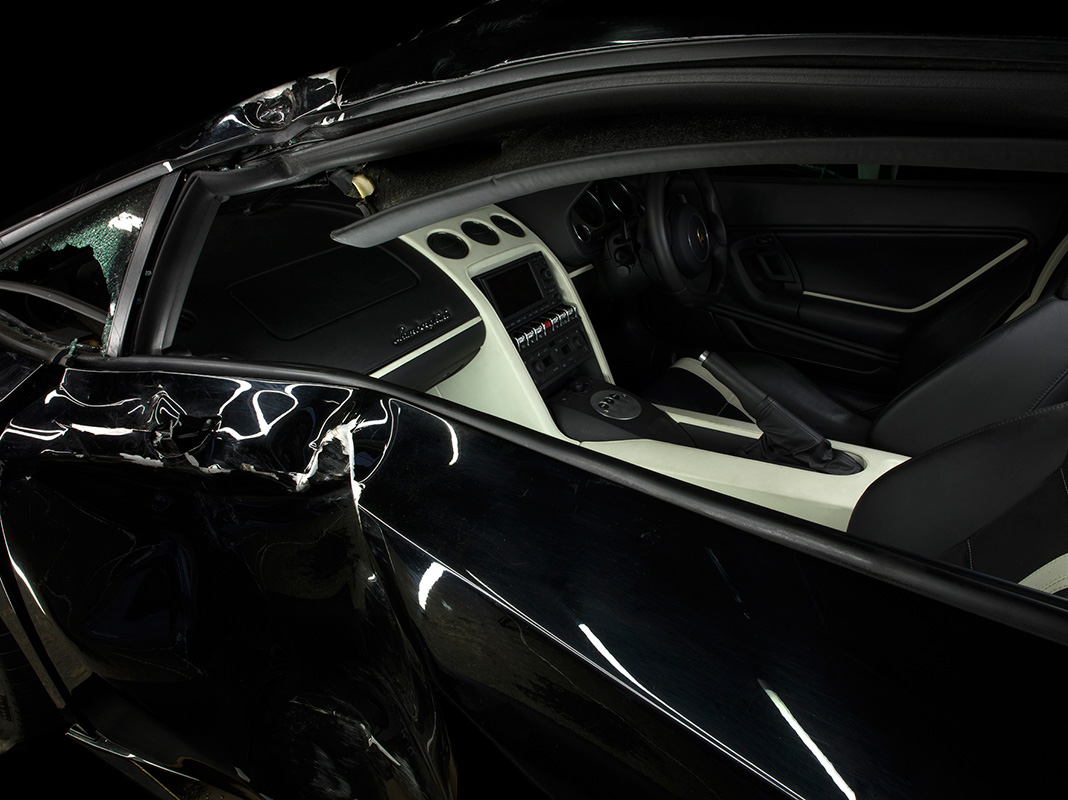 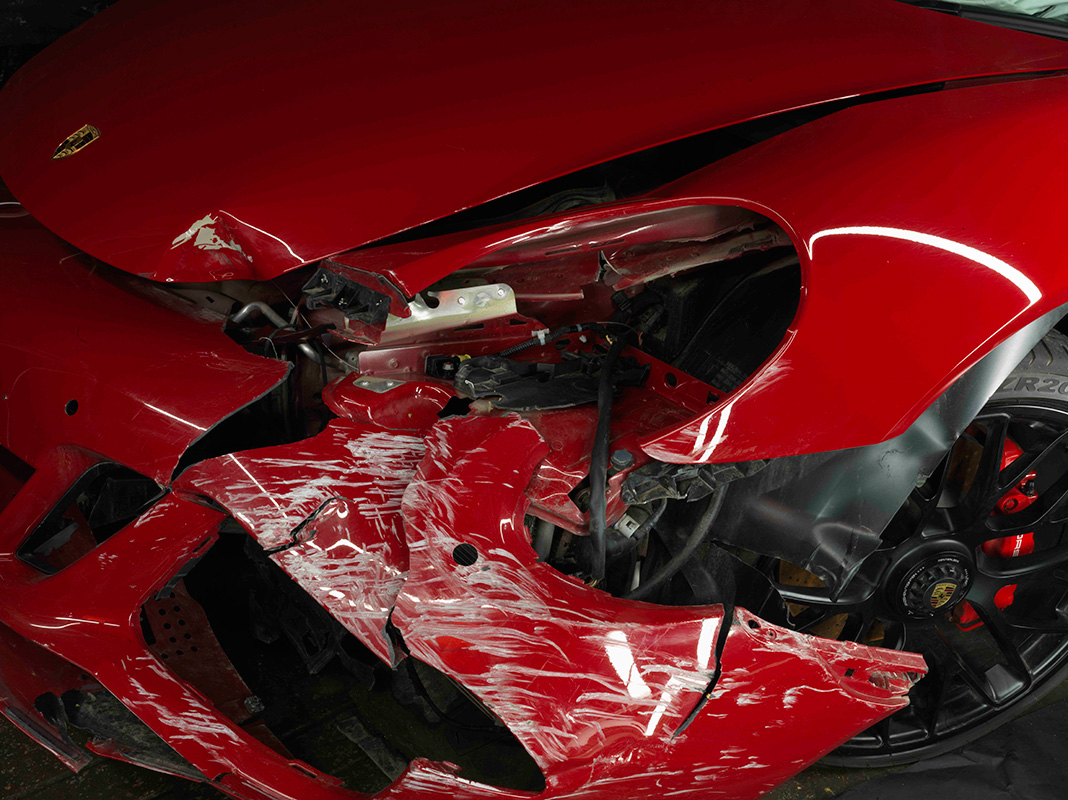 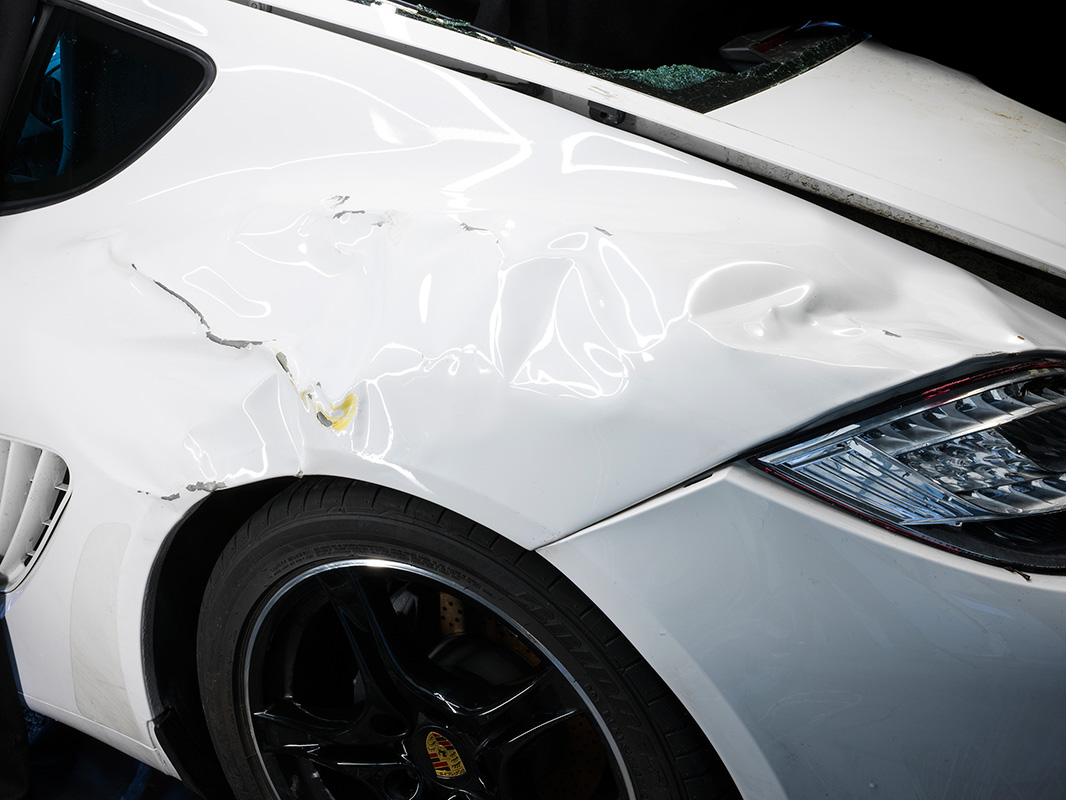 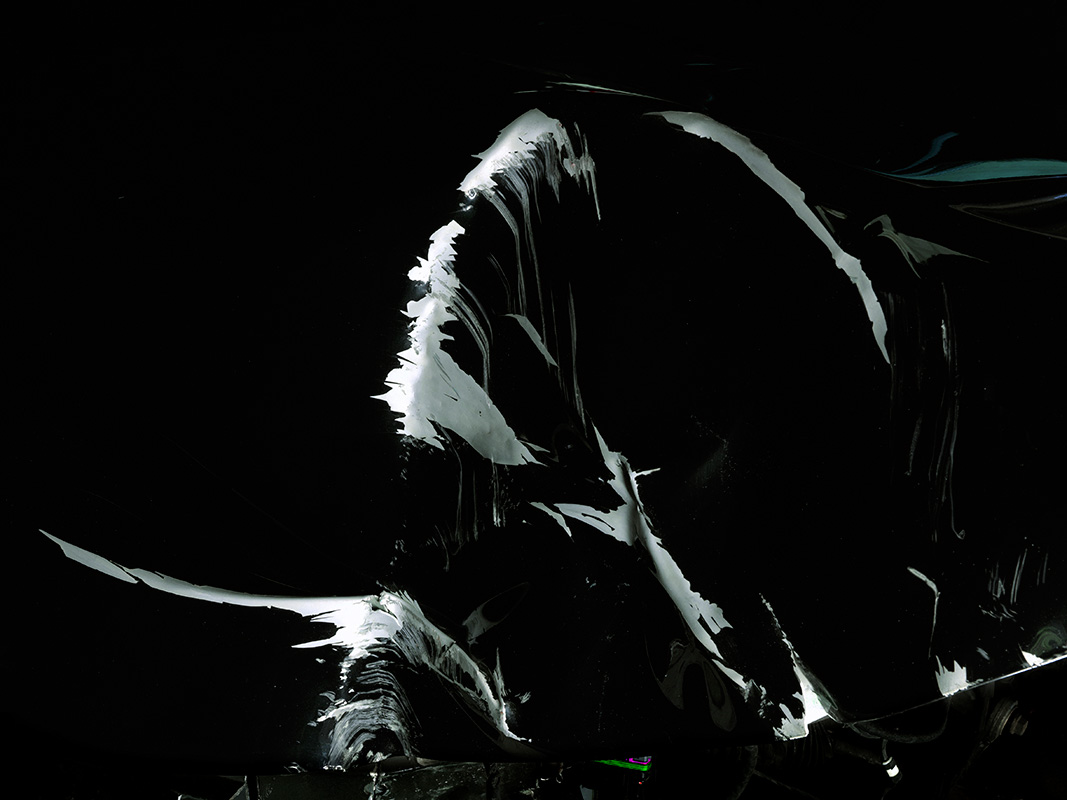 1 / 12All That Matters
Information

All That Matters is an on going mixed media work that takes a look at an exclusive commodity in isolation, the prestige car. The idea came about at the time of the 2008 global economic crisis and was in part a reaction to this period of massive instability and turbulence. The late Capitalist model, as termed by some commentators, was being strained and the outcome was unknown. These were uncertain times. The high-speed road vehicles depicted appeared like casualties of the situation, precious objects that had careered out of control away from the fast lane of the Capitalist highway.

This work is also in part a reference to the prestige car market, and the accompanying advertising campaigns and marketing material. By creating images that emulate the style of still image car advertising photography, the collision damage depicted offers a rupture to the usual pristine imagery that is equated with advertising campaigns.

And are these cherished icons of consumer aspiration destined to become mere relics of the past as the prestige car enters a new avenue of development, as the traditional combustion engine is superseded by electronic engine technology?